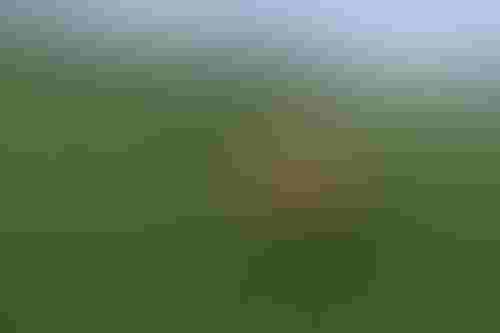 The Hampshire-based startup’s Crowdcube campaign currently stands at around $4.8m – almost double what it was looking for, and still has over a week to go.

Alongside its now overfunded campaign, the company has received $1.65m in grants from the UK government.

I got a brand-new tiny robot, an' I'll give you the key

The company was formally launched in October 2017, with its attention being wheat crops.

The agri-tech firm says it wants to make farms “more profitable and increase yield and efficiency through using small robots instead of tractors.”

This isn’t its first Crowdcube round – having raised $2.8m on the platform last February, with over 1,700 investors providing financial backing.

It also claims to be in “early-stage discussions” with three of the world’s largest seed and nutrient companies, with a view to deploying its PerPlant system to monitor their trial plots.

“Robotics can already take billions of accurate measurements in each field. This will transform the way that farms are able to sequester and cycle carbon, and measure that accurately, Sam Watson Jones, SRC’s president said upon launching Tom.

“The opportunity for the UK (and global) agriculture to support the transition towards Net Zero is enormous."

Its robots are manufactured by Tharsus, which also manufactures robots for online grocery seller Ocado for use in its warehouses – although the retailer's bots have been prone to catching fire on several occasions.

Bear Flag is a Silicon Valley-based startup that develops autonomous driving technology John Deere says is compatible with many of its existing machines.