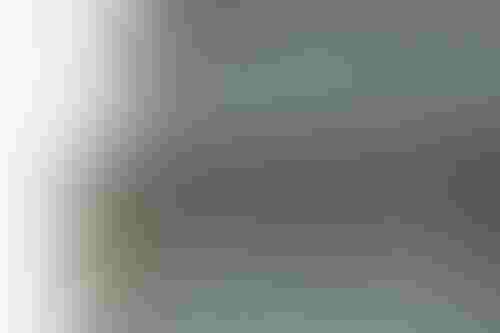 The U.S. Congress has voted to pass the CHIPS and Science Act, which would give chipmakers access to $52 billion in subsidies to encourage manufacturing in the U.S.

The House approved the bill in a 243-187 vote, while senators backed the legislation in a 64 to 33 bipartisan vote. The CHIPS Act will now head to the desk of President Biden, who is expected to sign it into law early next week.

The $280 billion bill includes $52 billion in subsidies for U.S. semiconductor production and an investment tax credit for chip plants worth an estimated $24 billion.

The bill’s passing is a rare break in tradition for lawmakers who seldom support hefty subsidies for private businesses. Its backing was secured after the EU, China and Korea all made moves to encourage chipmaking in their respective jurisdictions.

"We don't know exactly what innovations will come out of this, but we do know this: America will be more competitive because of it. And we do know this, that we will be able to grow our economy for the future, because of the investments that we've made today,” said senator Maria Cantwell.

The semiconductor shortage brought about by the pandemic forced many global governments to scramble and claim a piece of the chip market.

Markets including console gaming and computing were hit heavily by the shortage. In an interview at Embedded IoT World in April, Omdia research analyst Sang Oh discussed the shortage’s impact on the automotive sector, which was also hit hard as demand greatly outweighed supply.

Like the U.S., the EU has offered incentive-based legislation via the European Chips Act in a bid to double its share of chip production to 20% from 10% by the end of the decade.

The bloc’s plans were received positively by Bosch, one of Europe’s largest semiconductor makers, who has since pledged to invest $3 billion into its semiconductor division on the continent.

In Asia, South Korea wants to spend $450 billion to knock Taiwan off its perch as the chipmaking leader, while China is investing while managing sanctions that impact its access to American chip manufacturing tech.

The U.S.’s attempts to stake a claim in the chip market appear to be an attempt to keep up with rival superpower China. The bill includes a provision providing $170 billion over five years to go towards scientific research to compete with China, though Congress needs to pass separate appropriations legislation to fund those investments.

"The slumbering giant that is America has finally awakened to the challenge that we face from the People's Republic of China," said Senator John Cornyn.

The Chinese Embassy in Washington told Reuters however that the country “firmly opposed” the CHIPS Act, likening it to Cold War rhetoric.

And the bill even had detractors from inside the country, with senator Bernie Sanders suggesting earlier this month that the bill acted as a “blank check” for chip makers.

“There is no debate that the microchip and semiconductor shortage is a dire threat to our nation,” Sanders said. “What I cannot understand is why so many in Congress are so eager to pay this bribe.”

This bill comes after the Innovation and Competition Act was passed by the Senate last June, but stuttered upon entry into the House. That bill would have granted $50 billion in funding for the semiconductor industry and a further $29 billion over five years to establish research projects and studies related to AI, robotics and quantum computing.

One chipmaker already seeking incentives to open factories in the U.S. is Samsung. The Korean electronics company wants tax breaks in Texas to build potentially 11 new chip plants in an investment thought to be worth around $192 billion. Samsung already has one chip-making site in Texas and is partway through building another in Taylor, some 30 miles from the state’s capital of Austin. The new site is expected to begin production in 2024.