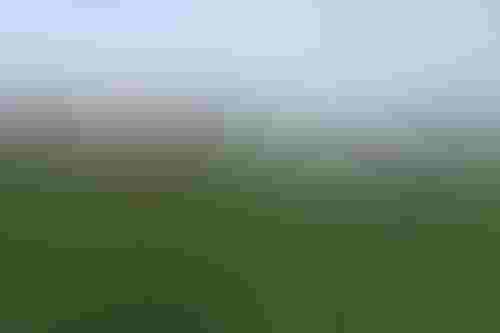 Small Robot Company (SRC) has launched Britain’s first fully autonomous crop-scanning service with a plan to roll out its commercial Per Plant Farming robot services to 50 farms this fall for the 2022-2023 growing season.

Using AI and robotics, SRC is focused on sustainable farming with its Per Plant Farming model that uses a trio of robots, which the company says cuts herbicide applications by around 77% and fertilizer applications by 15%.

The Tom monitoring robot . maneuvers a farmer's field and identifies potential irritants like weeds. Its  six onboard cameras provide a ground sample distance of 0.39 mm per pixel – letting the unit see individual water droplets on leaves and early signs of a disease outbreak.

Dick will then inspect each potential weed and zaps them with electricity, without using chemicals. Wilma, the company's AI Advice Engine, then creates treatment maps to advise farmers on the best actions to take.

Sam Watson Jones, SRC’s president and co-founder, says with input costs on the rise, farmers are increasingly under pressure.

“Up to 90% of inputs are wasted,” he said. “This is not economically or environmentally viable. Fertilizer alone is a major contributor to agricultural emissions. Robotics gives huge scope to close the gap: delivering applications by exception. Precision monitoring alone can provide immediate value, optimizing existing sprayers for herbicide and fertilizer applications.”

Tom Jewers, a farmer and contractor in Suffolk signed up for the services for the 2022-2023 season. He suggested the farming industry "desperately need[s] to develop ways to reduce the need for expensive plant protection products and artificial fertilizers."

“The ability to treat only the plants that actually need it is game-changing,” Jewers added.

In an interview with AI Business earlier this year, SRC’s CEO Ben Scott-Robinson, said the startup may take a different route for its next funding round to make his team's farming dream a reality.