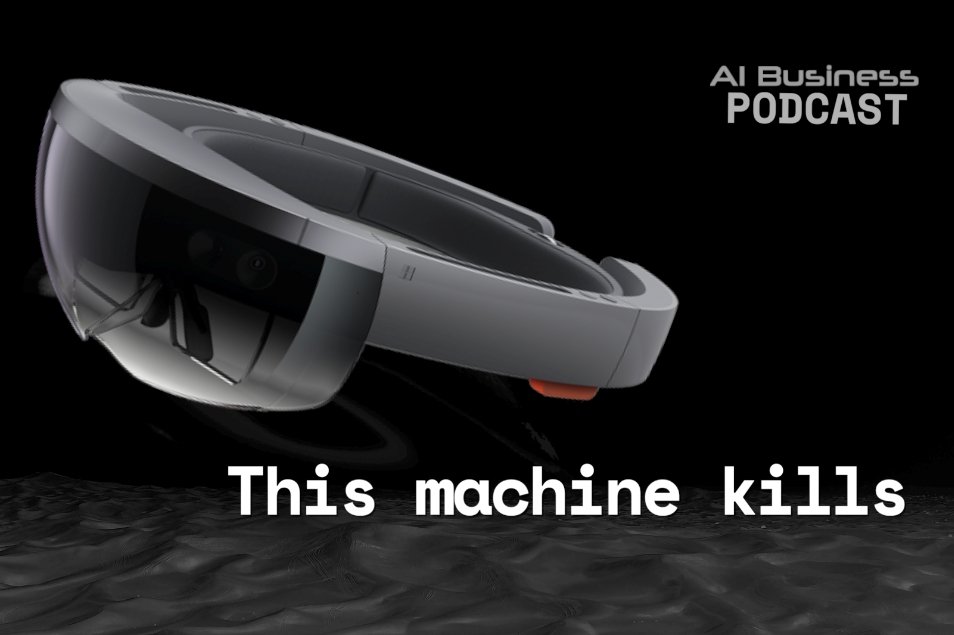 Another week, another episode of the AI Business podcast! This time, we welcome our new reporter Ben Wodecki – and make him defend his favorite news stories of the week in a public forum. Because we’re nice like that.

We also discuss Microsoft, after the company’s early bet on augmented reality finally paid off in a military hardware contract with the US Army worth up to $22 billion. A lot to unpack here.

We start with the epic story of super-helmets for American super-soldiers. The US Army is going to have 120,000 of these, courtesy of Microsoft and its HoloLens project – long considered by many industry observers, including yours truly, to be nothing but an expensive gimmick. We were wrong.

Defense is the quintessential early adopter – and any technology developed for the army will later filter down to the rest of the market. This was true for digital photography (originally for spy satellites), GPS (originally for nukes) and microwave ovens (originally for air defense), and it will be true for AR. If you listen carefully, you can hear thousands of venture capitalists invested in AR startups cry out in ecstasy.

Next, it’s time for What’s The News With Wodecki (WTNWW), a segment in which we make our new reporter Ben run a journalistic gauntlet: he talks us through his favorite stories of the week, and we (me) pronounce our editorial judgment on whether a story will develop further and is worth following. And there’s a five-minute timer on any debate, so we don’t get sidetracked.

The delights on offer include: