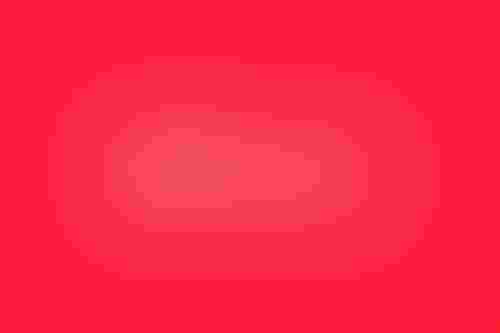 From funding rounds to acquisitions, product launches to partnerships, we cover it all.

Be sure to check out our deals and products roundup and subscribe to the AI Business newsletter to get our content straight to your inbox.

Apple is beefing up its music offerings: It reportedly acquired AI Music, a London-based startup that generates music that can automatically adapt to the user's moods. For example, the startup claimed it could create music that changes based on the listener’s heartbeat.

Such uses could see the music playing during workouts and change based on intensity, or switch from lively music during the day to jazz at night. “The song can actually shift itself. The entire genre can change, or the key it’s played in,” CEO Siavash Mahdavi in a 2017 interview.

The virtual environment allows users to design tests, assess skills, and teach the system’s self-driving “brain” to learn to drive on its own.

In a blog post, Urtasun’s firm describes it as “the ultimate school for self-driving vehicles”

She suggests using simulators such as Waabi World would save on costs and time incurred with training on public roads.

Users can simulate camera and Lidar sensors, create testing worlds and learn to drive in simulation.

The startup will look to use its newly secured capital to expand its business and its robotics solutions globally.

Snapdeal to use AI to improve customer experience

E-commerce platform Snapdeal is partnering with Indian startup GoKwik to use the latter's AI tech to improve customer experience.

The Indian e-commerce site will use the tools to provide customers with product insights and create customized shopping experiences.

GoKwik is already working with brands including The Man Company, Bodywise, and boAt.

“We look forward to deploying our AI algorithms in support of Snapdeal’s mission to go deeper into India’s Tier 3 & 4 cities,” said Chirag Taneja, founder and CEO of GoKwik.

The newly secured funds will go towards expanding into the German and Japanese markets, having recently opened a U.S. office in the San Francisco Bay Area.

The Korean startup will also look to expand its AV simulation tech to other verticals, like urban air mobility.

The funding raise brings Morai’s total capital raised to $25 million and comes after it signed a deal with dSPACE Korea to work together in developing co-simulation solutions.

The New York City-based firm said it will use the funds to accelerate the adoption of its machine learning platform.

Devron’s platform allows brands to access and organize structured and unstructured data by bringing the algorithms to the data to enable accurate analysis, which it claims “eliminates the need for data extract or movement as a predicate to actual data analysis.”

"Understanding consumer patterns is the holy grail for any business," said Kartik Chopra, founder and CEO of Devron and a former CIA technical intelligence officer. "By enabling access to private data without moving, anonymizing, or compromising it, we've solved both the business and compliance challenges. It's a breakthrough moment for the industry."

ODAIA, developers of an AI-powered commercial insights platform for the pharma space, has raised $13.8 million in series A funding.

Flint Capital led the round, which included participation from Innospark Ventures, Alumni Ventures and Graphite Ventures.

The newly secured funds will go towards improving its platform as well as expanding its sales, marketing and customer success teams. In the past year alone, the Toronto-based firm doubled its team size.

Leading the round was ff Venture Capital, with participation also from RKKVC, Decacorn Capital, Spring Capital and Kaamos Group. Former Estonian prime minister Taavi Rõivas was among the investors.

EyeVi said it will use its funds to establish itself in the U.S. market after expanding its operation across various parts of Europe.

“Governments across the world are facing massive backlogs in road maintenance works, and with advanced geospatial mapping and predictive data analytics, we can create the perfect conditions for smarter budget allocation,” said Gaspar Anton, founder and CEO of EyeVi.