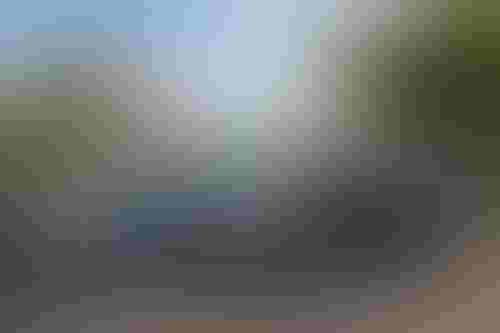 Chinese autonomous vehicle startup DeepRoute.ai has unveiled its latest Robotaxi fleet which will take to the city streets of Shenzhen, China.

The Alibaba-backed firm’s latest AV fleet is comprised of 30 SAIC Motor MARVEL R SUVs, which are fully electric. The vehicles will be deployed “in the coming months.”

The fleet is kitted out with the company’s Driver 2.0 autonomous driving solution, which the company suggests can enable Level 4 autonomy. Its Driver 2.0 sensor configurations are customizable and can be equipped with two to five solid-state Lidars and eight cameras.

Its vehicles can also be controlled remotely over a 5G network and have a camera-based redundancy perception system which the company claims “guarantees autonomous capabilities should other sensors malfunction.”

Mass production of Level 4 vehicles equipped with its Driver 2.0 system will begin in 2024.

“The debut of this groundbreaking Robotaxi fleet offers the industry a vivid sneak peek into the future of L4 Robotaxis and what is possible for the consumer vehicle,” said Maxwell Zhou, CEO of DeepRoute.ai. “As our technology advances, our path to commercialization accelerates.”

DeepRoute’s fleet announcement proudly boasts the removal of what it describes as “bulky” sensor suites atop the vehicle, opting for a “sleek rooftop design.” Rooftop sensor sizes have been a growing focus for developers in the AV space. For example, vehicles from another Chinese firm, Pony.ai, have a multi-sensor 360-degree configuration – which includes integrated Lidar from Luminar – that protrudes just 10cm from the vehicle roof.

Away from Shenzhen, DeepRoute has deployed fleets in Wuhan, Hangzhou and Fremont, CA.

Its system encompasses models from several manufacturers, including Lincoln’s MKZ, the E70 from Dongfeng Motors and the Ford Mondeo, among others.

DeepRoute operates in both passenger transport and logistics. E-commerce giant Alibaba led the company’s $300 million series B last September – making it the second autonomous vehicle developer it invested in, having previously funded AutoX.