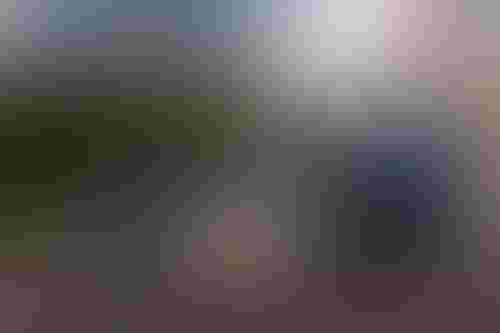 DeepRoute is developing robotaxis and autonomous trucks, with long-term plans to develop vehicles for shipping and freight delivery.

The company said it plans to use its new funds to further research and development, help scale collaborations with automakers, and expand its team.

Jeneration Capital, Fosun RZ Capital, and Glory Ventures joined Alibaba in the round.

“We appreciate our forward-looking investors for their support. Our DeepRoute.ai team is excited to bring more robotaxis to the streets and expand to urban logistics,” said Maxwell Zhou, CEO of DeepRoute.ai.

“We are excited for the future of autonomous vehicles and the positive societal impact we will have.”

Alibaba is an investor in another Chinese autonomous driving car startup – AutoX.

AutoX was founded in 2016 and is also backed by Shanghai Motors. It develops hardware and software that controls autonomous vehicles – anything from passenger cars to delivery trucks.

In July, it unveiled its Gen5 RoboTaxis, complete with 50 sensors and a vehicle control unit capable of 2,200 TOPS of compute.

Alibaba also owns Cainiao, a logistics firm that is working to develop self-driving trucks. Cainiao is among the largest ‘unicorn’ companies in China.

DeepRoute plans on growing its fleet to more than 150 by the end of 2021, with their own vehicles making up approximately 100 of the total.

It claims that its cars have driven more than 1.2 million miles safely on public roads in both Wuhan and Shenzhen. The Chinese company only obtained a robotaxi permit for Shenzhen in April.

The startup also holds a Passenger Carry Permit from the California Public Utilities Commission (CPUC), having secured the license in June.

Its work in both passenger transport ans logistics “will provide sustainable and profitable revenue streams for the future of the company,” stated a press release announcing the funding.

German firm Vay, which is opting to take the remotely-controlled vehicle route, announced plans to launch commercial services in 2022.