Hyundai’s Supernal is working to certify its eVTOL vehicle for U.S. commercial service. 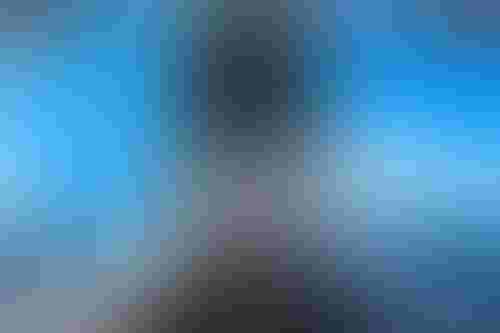 Hyundai’s Supernal is working to certify its eVTOL vehicle for U.S. commercial service.

Supernal has given passengers a first look at what the cabin of its flying taxi may look like – and there are clearly some influences from parent company Hyundai Motor Group.

The eVTOL (electric vertical take-off and landing) concept was revealed at the Farnborough International Airshow, in Hampshire, England.

And it illustrates how the Advance Air Mobility (AAM) sector can take inspiration from the automotive market.

Supernal says it teamed up with Hyundai’s design studios to create the cabin concept as it works to certify its eVTOL vehicle for commercial use in the United States in 2028, with the United Kingdom and European Union expected to follow shortly after.

In addition, it is collaborating with Hyundai’s external partners and more than 50 affiliates – spanning automobiles, automotive parts, construction, robotics and autonomous driving – to co-create the AAM value chain.

The five-seat cabin concept strikes a fine balance between using automotive design processes and materials while meeting the safety standards of commercial aviation.

The mood of the cabin can be adjusted for different stages of flight via a combination of illumination options, including overhead lights inspired by automobile sunroofs.

The flying taxi would be used for journeys within a city and, Jaiwon Shin, president of Hyundai Motor Group and CEO of Supernal, said it was imperative that it afforded the same level of reassurance provided by the company’s passenger cars.

“Supernal is partnering with Hyundai Motor Group’s top automotive designers to develop our eVTOL vehicle for manufacturability and widespread public acceptance,” Shin said. “We are taking the time to create a safe, lightweight commercial eVTOL that provides our future passengers with the security and comfort they find in their own cars.”

As well as developing cutting-edge AAM transport, Supernal is also committed to developing the infrastructure to support it. The company provided $1.64 million toward Air-One, the world’s first airport for flying taxis in Coventry in the English Midlands. The facility opened its doors for the first time earlier this year.